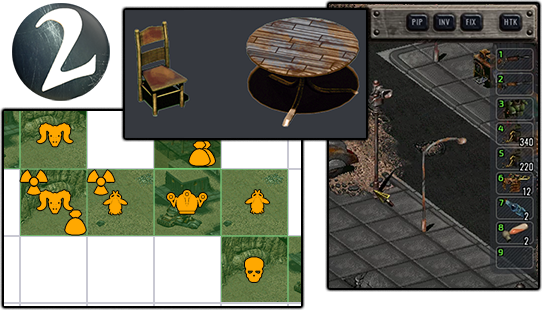 We've come with another monthly report, sit down and have a nice read! I'm excited to share the news!

Today we will discuss gameplay and questing, also show off the innovative hotkey system and end up with a small surprise!

I'm sure many of you have played or heard of randomly generated mission content for games, it's a fairly tested system that makes repetition less mundane and allows for interesting scenarios, secret rooms, surprise events.  I can name some games on top of my hat that uses room generation, Warframe, Enter the gungeon, The Binding of Isaac... I could go on and on. Sierra Caves on Season 3 is an example of unlimited content, but it has neither a specified beginning or an end.

The goal for Season 4 is to create a more interesting and varied gameplay loop. We know how people enjoy caravans, which allow strangers to teaming up for personal gain. We know that people like repeatable quests. Toxic Caves with Cathedral are all-time favorites.

Most of the missions take months and a crew of people developing and polishing every aspect of it. But what if we could create a PvE quest framework? Implement another gameplay loop that players can participate in freely?

I've begun to prototype this right after I have finished the beta live town system. So let's discuss randomly generated quests!

Issues and ways to solve them:

1) This is not an issue to be exact. The unprotected towns with increased risk reward should not limit the PvP aspect, this is wasteland after all.

2) But protected towns should have either completely disabled PvP or have a reputation impact for friendly fire. We have to experiment with which one will be better for new players.

1) Players have to be able to find each other, This won't be a big issue thanks to global chat and friend private chat, the quest noticeboards will be put near main town entrances, and party leader will be able to pick up the quest.

This will either result in players teleported to quest location or able to head out to world map and find quest circle.  The areas will have memorized who can enter it and only people that were in the party at the launch of the quest can enter.

1) One of the main goals of S4 is to construct player accounts in such a way to prevent alting. We know we won't be able to fully erase the possibility of that but we don't want multilogging to be a vital part of the game.

2) The way to combat it at first glance wouldn't be actually too hard, noticeboards are in dual log protected areas, yet as we mentioned before, anyone who's in the party when picking up the main quest should be able to enter it, it includes people, not in location and/or on the global map.

3) Multilogging protection on the map itself? No sense, the reward is upon quest completion, alts wouldn't have to enter.

4) This is the most vital issue in the whole of Fonline2, a lot of things and rewards in prior seasons got nerfed because multiloggers are exploiting it, increasing necessary effort for the fair players.

5) This requires a lot of tweaking to not punish a fair player. 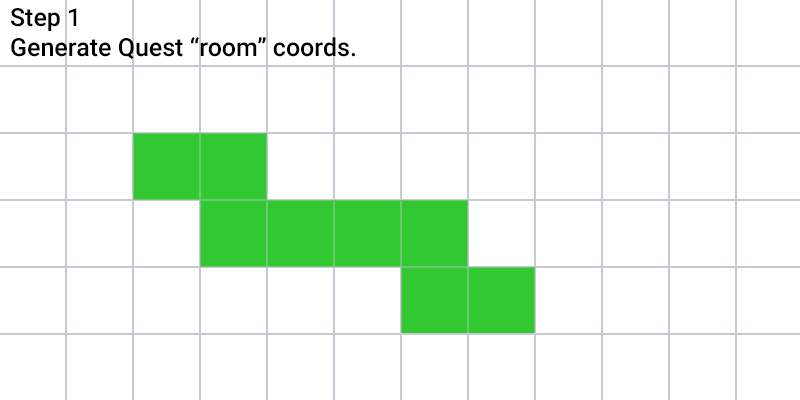 The quest builds a grid of maps depending on quest length, pretty straightforward process. 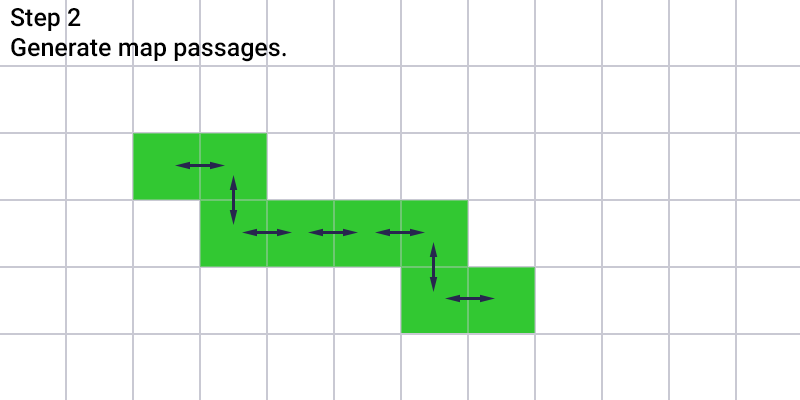 Using the grid as a reference, it creates passages so that players can go in between the maps. 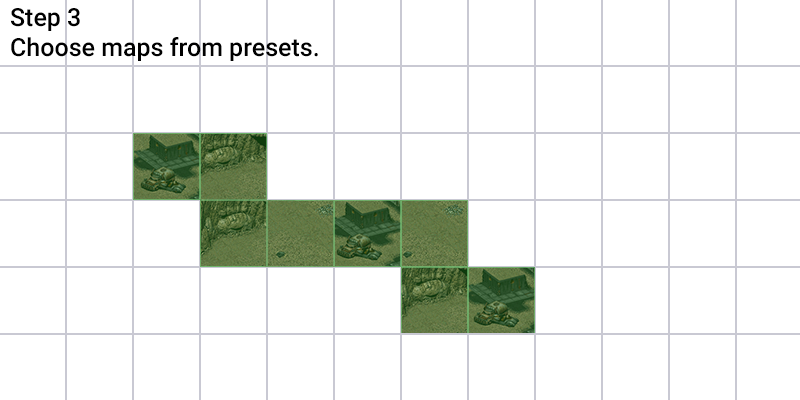 Now the Quest chooses preset maps to fill the grid, the maps are checked if they have available passage defined in the previous step and added to the possible spawn pool. 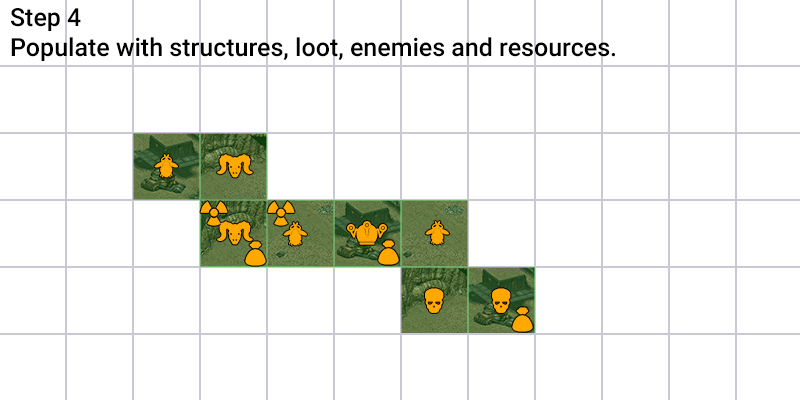 The maps now get filled with content depending on the player scaling and quest difficulty, enemy groups are chosen and spawned per maps, structures like houses and tents, graves, minable ores and resources like Broc flowers spawn depending on preset map details, containers containing loot roll a RNG chance to spawn with loot generated inside.

Additionally, hazards have a chance to spawn on the map, be it the whole map being irradiated or full of mines/beartraps. Tread carefully! 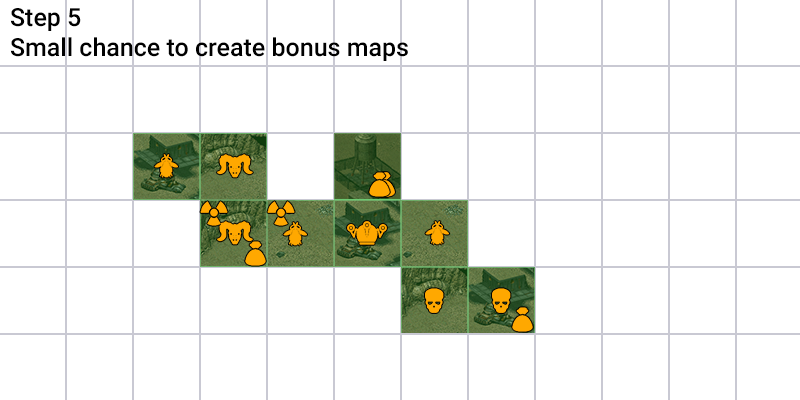 To add some flavor, other maps spawn, some might be dead ends, some might be a treasure-filled sidequest with a whole underground section and rare reward, think of them as possible special encounters.

Now the map is generated, players can go tackle on their quest! The final map contains the task that has to be completed, kill a raider leader, save kidnapped civilians, defend pack of brahmins or find out whereabouts of the missing caravan.

This system has potential, with the community that creates new maps we can make it more and more varying and interesting, we intend to add premade structures generations, letting small houses, shacks and bunker entrances to spawn. This isn't a goal for the early version, but I shiver when thinking of how much can be achieved!

Here's a Video of the VERY EARLY prototype! There is a lot of WIP stuff in it. But we have most of the above-mentioned steps implemented!

To note, container spawns and passage grids were put closer to the middle so I don't have to walk through whole map size.

The panel is resizable and has 3 pages, each attached to different hotkey combinations.

Hotkey slots will support different items and do different things depending on the item type:

Armors - Left-clicking on armor hotkey puts on the first possible armor found of the type.

Ammo - Will switch the ammo type on the currently used weapon. Example, AP from JHP.

Drug - Left-clicking uses the drug on yourself, right-clicking allows you to specify the target you will use it on.

Skills / Perks - Depending on the type, they allow you to use on self or target - or both with left-click /right-click.

Hotkey icons will show the amount of item if it is a stackable item and if the player even has the hotkeyed item in inventory, or if an action is in cooldown.

Keyboard hotkeys also work. We haven't settled how will hotkeys react to things like drugs or skills, we will either add customization for each hotkey slot to let the player choose a priority or resolve the second action with another hotkey.

Hotkeys don't have to be visible on the main screen to work from keyboard keys.

Here's a video of the hotkey system recorded by Balthasar, it seems he forgot to put on pants!  Oh, silly Balthas...

We plan for the hotkey file to be able shared between players, and we're looking towards saving it in such a way to make it easy.

An old friend of mine contacted me recently proposing his exceptional art skill to our use. We've barely started to experiment with the scenery but the results are already amazing! After we master the scenery art style we will be able to breathe in a new life with fitting map elements created under our vision.

Here are some samples:

I'm sure you wouldn't guess which one is which without the labels, huh?!

The notable issue is that original art has a mild contrast, and it is very visible on the table which used too strong dark strokes to separate wood planks, a lesson for the future.

And that's all! I will continue working on QuestGeneration for quite a while, as this is a big challenge, so expect more of that in the future!